So Clever, My Friend

"Now I've justified this to myself in all sorts of ways. It wasn't a big deal, just a minor betrayal. Or we'd outgrown each other, you know, that sort of thing. But let's face it, I ripped them off - my so called mates."
---Trainspotting (1996) 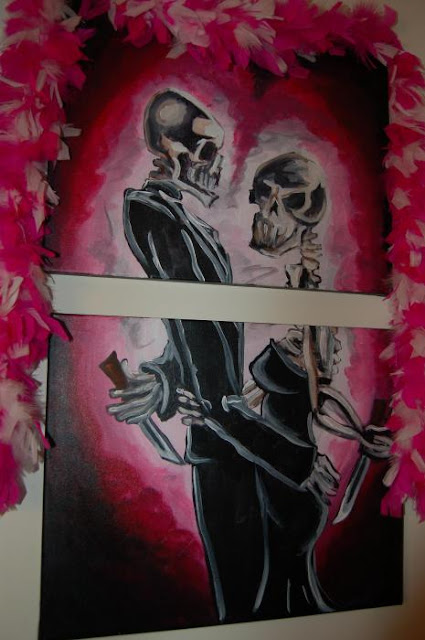 K: Hay V. I can't believe it. Talagang we're really both single noh? For the very first time, you are my competition. Hahahaha.

V: Oo nga honey eh. It's the first time we're both single together.

V: And your prospects the closest! Hahahaha.

It was a Thursday night and V and I were drinking with some friends including a guy I kind of liked. Let's call the guy Euro Punk. Euro Punk and I have been spending a lot of time recently although we are not dating. He doesn't even know I like him. We have known each other for years but it is only now that we are starting to be friends.

V knows I liked Euro Punk. I tell him our exchange of text messages, how Euro Punk said he wants to make me smile. How that makes me smile. How happy seeing him makes me.

I noticed Euro Punk and V were flirting with each other that night. No biggie, I told myself. I know Euro Punk likes to flirt and I trusted V because he knows I like the guy.

We ended at 6 a.m. It was one of those unforgettable fun nights where the talk and laughter never seemed to end. The next day, I couldn't contact V the whole day. I was a little worried about him, worried if he got home safely.

All of us had made plans to meet Friday night at the Fort. V had told us he couldn't make it because he had another party to go to with his friends from the gym.

I was texting with EA about our plans for the night when suddenly my friend JKN texted me.

He's so clever, my V. I didn't see the bullet coming. He has truly outdone himself. Who would have though that he, of all people, can do this to me?

I saw Euro Punk Sunday night and I was glad we weren't awkward. He just came from meeting a guy and was about to meet another one.

K: Another one? Todo ka ha.

Euro Punk: I just want to keep my options open.

We both laughed. I touched his tummy and told him he should go on a diet.

K: It's not that. Di mo naman kailangan eh.

He smiled, in that charming way of his. When I asked him how his weekend was, strangely, there wasn't a mention of V.

I am still reeling from the shock of my best friend's betrayal. I am so emotionally drained right now I can't even muster up a decent anger. I can't even be properly angry at V. I barely got out alive from my last harrowing emotional war, I don't have the energy for another drama.

I'm just so tired. All I wanted was for some quiet time before the next seasons opens. Apparently, I am not being given any rest. V and I have been friends for six years now. We have cared for and loved each other through our heartaches and pains, through our joys and sorrows.

Emotions are complex. Most of them are made up of separate emotions bundled up together. I feel angry, sad that I may lose our friendship, and disappointed at V's lack of integrity.

Betrayal plays a big role in my life lessons for this year. My ex-boyfriend betrayed me and now my BFF has also betrayed me. As I think of M and V, I ask myself how well do we really know the people we love? Who can we really trust?

V and I have not spoken for five days now. He hasn't contacted me and I haven't contacted him. What is there to say? Do I accuse him of flirting with a guy I like? Are we really going to do this let's-fight-over-a-guy scene?

There are many things I want to say and ask but the question I really want to ask him is: why?