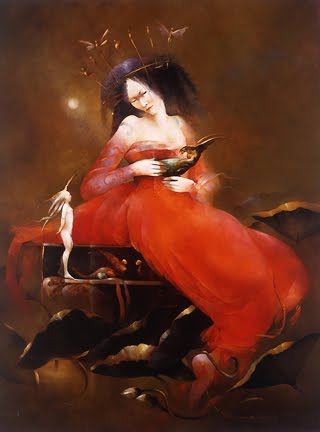 It's a cold New Year, Upper East Siders. Time to donate your last year's wardrobe to the help and to present the world with a better version of you.

Which could mean facing your future... and forgetting past mistakes. Or finally settling on a brand new path. But a new year doesn't wipe away old problems. While others just create new ones.

Spotted: Kane warming himself up by rekindling old friendships.

I invited some of my closest friends to a small get-together at home last Saturday.

See you all at around 11:30 p.m. I have brought out the glasses and prepared carefully selected handpicked bottles of wine for our pleasure. I expect you to be in your usual coutured selves. I will take a nap to refresh myself.

Fran was among the first to arrive. It was the first time we saw each other in months and I missed her. After the usual how are you's and small chitchat, she delivered the first bomb of the night.

"So, are you seeing anyone?" I asked her.

"With kids?" I continued.

"Do you feel guilty?" I was curious and I wanted to know.

By the time a woman makes a resolute decision to be a querida, she goes through a psychological war with herself. She will only accept the role for four reasons.

2) She loves the man and hopes that he will eventually divorce his wife and marry her.

3) The man gives her financial security.

4) Being his mistress elevates her social status.

"Oh Fran. Hay. Being a mistress can be lonely. You know he is never yours completely, and no matter who you tell the story to, you are always the villain."

"I know. You know what my sister told me when she found out?"

"She said she hopes I'll never get married."

"You know honey, I have been through all possible forms and permutations of adultery. I have cheated on, cheated with, and been cheated on and God… all of those sucked!!! It was so stressful."

"I don't know. It's just that at this point in my life, I will not allow myself to be in certain situations anymore. At least those that are within my control," I explained. "There is a vision of myself that I want to become. I want to be the best possible version of Kane there is. And being a mistress, for example, just isn't one of them."

"God honey, if only I can be that way," Fran replied. "Unlike you, I know it's wrong but the path isn't clear. It's always a push - pull tension within me and sometimes I envy people like you, people who automatically choose the right thing."

"It didn't come overnight. I guess I took every single life experience that I had and milked them for whatever lessons they can teach me."

"Oh Fran, remember what we used to say? We may be the biggest sluts in town, but we have boundaries. We aren't home wreckers. Or at least we used to be not."

In the New Year, we resolve to do things we've only dreamed of doing. And not to do other things ever again.

We make our own fortunes. And then call them fate. And what better excuse to choose a path than to insist it's our destiny. Some will pursue their decisions. No matter who gets hurt. But at the end of the day, we all have to live with our choices.

The Million Dollar Question (I) 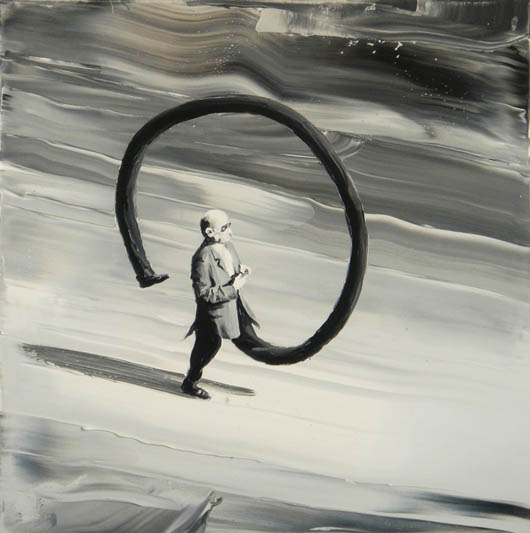 It was December last year.

"Honey! I met a guy last night," I said to V while we were on our way to Malate. The memory of the previous night was still fresh in my mind and I was still kilig (feeling giddy).

"Of course you did," he said, with a knowing look and a mischievous smile.

"Of course he is," V replied, again with that look and that smile on his face. "Men are always nice at the start, aren't they?"

Totoo nga naman (How true), I thought to myself. Always on their best behavior. You never know what lies underneath.

I saw him first, I think. Another guy was flirting with him at the club but we would exchange glances every now and then. Chinito, baby boy. He was taller than I am and wore glasses that gave him an air of a good boy.

After a while, he approached me.

"Why do you know all the songs?" he asked. He must have noticed I knew the lines to all the songs that were playing. "Nakakatuwa ka naman (You're so cute)."

Jeff was out partying for the first time in seven months and predictably, it was because he had just broken up with his boyfriend. The noise, the music, the crowd and the alcohol help cloud the pain … even for just a while. I know.

"You were drunk. Tsk tsk," Jeff told me the next day.

"Well … I was," I admitted. "But since you saw me at my worst behavior, things can only get better right?"

"Hahaha. Don't worry Kane. I kinda liked seeing you with your guard down. People are more honest when they're intoxicated, don't you think?" Jeff said. "Do you know what you told me last night?"

Just before I left Manila, Jeff told me he had gotten back with his ex boyfriend. We stopped communicating.Weeks passed. One day, I received a text from him. He had broken up (again) with his ex.


We went out on a date last weekend. Our first official date.

Saturday noon came and I was still drunk in bed when he texted.

"Are we still meeting?" he asked.

Inwardly, I groaned. I really shouldn't drink that much anymore. But I missed my friends and nobody parties like we do. My head hurt and my face was bloated with all the alcohol from the previous night. But a date is a date.

We agreed to have lunch and watch a film. And since everything was on sale, I couldn't resist checking out the stores. Every girl knows one of the tests a guy must pass for a successful relationship is: Can we shop together?

Jeff tirelessly accompanied me to all the stores. I tried on jeans, shirts, long sleeves, ties, scarves, underwear (no trying, just looking), shoes. He carried my bags and gave helpful comments.

"Bagay sa iyo (It looks good on you)," he would say and smile.

Or he would frown and shake his head.

"Uhmmm. It's okay lang. Nothing great."

Three hours and six shopping bags later, we were exhausted and decided to eat. We were doing the getting-to-know-you when Jeff suddenly very casually asked the million dollar question.

I almost choked on the Hainanese chicken I was eating. It was the moment of truth.
Posted by Kane at Monday, January 24, 2011 20 comments: 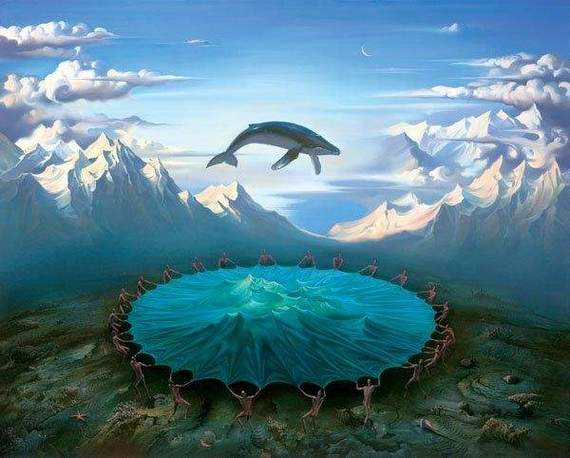 It was dawn when I landed in Manila. I suddenly remembered telling Ivan while he was showing me around in Lima that my favorite words in the Filipino language are takipsilim (twilight) and bukang liwayway (break of dawn), which are also my favorite times of the day. The city was still quiet and the wind was cold, reminding me of the season.

They say things get easier, the people get used to goodbyes. It doesn't. Saying farewell to my family at the airport was just as difficult as the first time. I was alone ... again.

I wanted or maybe needed to feel welcome so I called my best friend.

"Oh spare me K. I read Gossip Girl and I know what you did this winter ... and with who!" V said. "I hope you were protected. Should I be worried?"

"Hahahaha. Well... I may have a thing for cute South American waiters."

"And bartenders. Backpackers. Or anyone who offers you a pisco sour drink."

"Hahahaha. Winter was fun but it's over," I replied. "I'm home and all I want to do is just get back to my life."

"Well, so much for your Eat Pray Love pilgrimage. You certainly got the Love part right."

"Ahahaha  gaga ka talaga," I said. "Teka... I read Gossip Girl too and word is you started the year with a bang... or two, to be exact. So... Gregory William. You finally got him. Bravo V."

"Honey!!!! Finally, after years of crushing I crossed him out of my to-do-list."

"OMG!!! You did!!! Hahaha. Whatever happened to starting the year on top?" I said.

I took a deep breath.

"About that, there's something I need to tell you," I said.

-
Hey Upper East Siders! Gossip Girl here, welcoming you to the New Year. When Manhattanites who flew south for the sun return to their Park Avenue perches, it only means one thing: I have a lot of catching up to do.

So let's start, shall we? Has anyone spotted our ex-Queen K? Where does the dethroned royalty vacation these days? 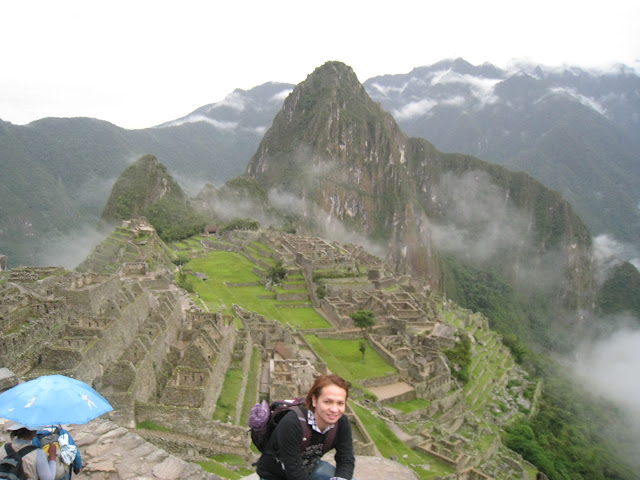 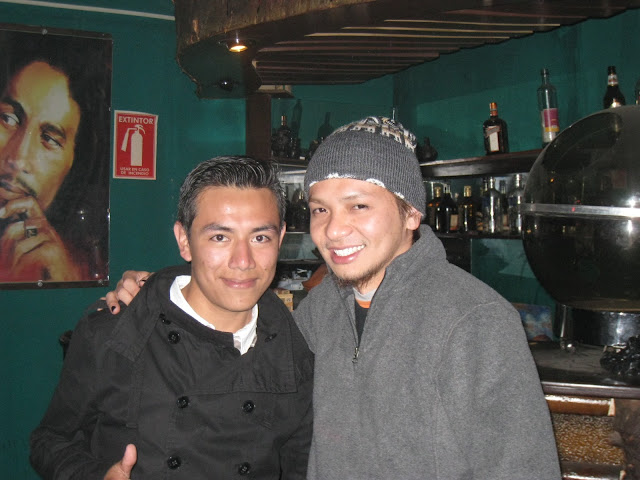 not so lonely. Ay, caramba chicas! Guess who's starting the new year... like it was last year.

As you might have guessed, Upper East Siders, prohibition never stood a chance against exhibition. It's human nature to be free, and no matter how hard you try, you can't keep a bad girl down.