Come Into My World 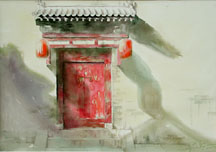 I am breaking my rule on writing; which is to write like no one is reading.

For the very first time, I am writing to someone. I am writing to YOU, my fellow blogger, reader. (I dislike the word follower; makes you feel like you're some kind of Messiah, doesn't it?)

I started writing as a way to make sense of my break-up last year. I didn't write to make new friends, I didn't write because I wanted to be heard. I wrote for me.

Writing helped me create some sort of structure; a way to step back and look at things from a different perspective. The experience was cathartic and I learned many things about myself in the process.

Over time, I met other Filipino bloggers and made friends with a few. But I have always considered myself mostly unknown in the blogger world.

Recently, I noticed more and more people are reading my blog. It is not as many as the thousands of people who read other writers but I was surprised that there were at least 160 people who read what I wrote yesterday.

I probably know around 20 of those people so I am wondering who the rest are. Who are you?

And since this is a year of crossing boundaries, I am celebrating my birthday this July and I would love for you to come. Yes, you.

I am informing you early so you can prepare a mask for the ball. You can wear whatever you want; shorts, sando, t-shirt, it doesn't matter.

The important thing is you MUST wear a mask.

It would be an honor to meet you, especially those who have shared their thoughts on some of my stories. You know who you are.

If you say yes to a fun, crazy night, to new friendships: please email me at kanesulfur@gmail.com so I can inform you the details of the event. 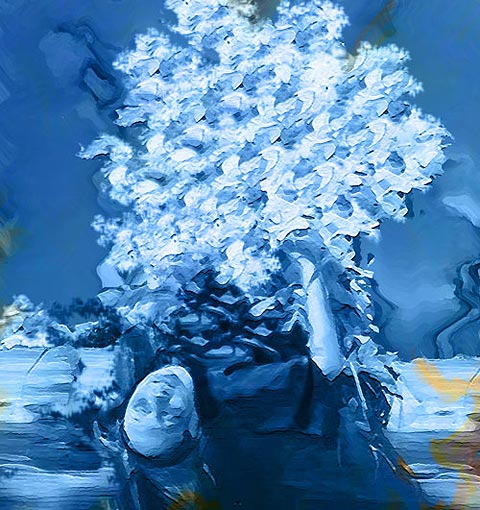 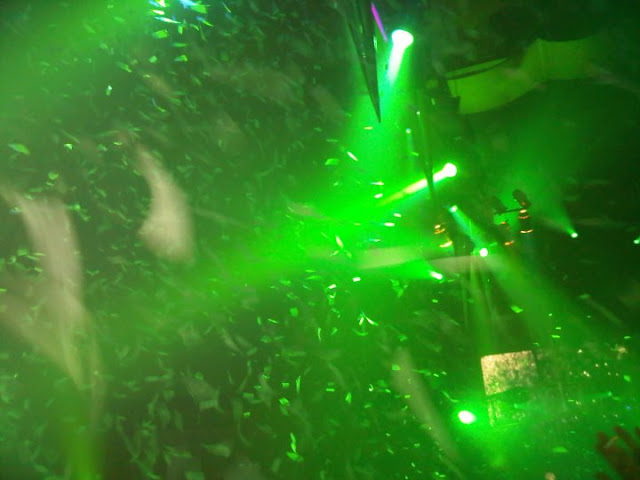 Once in a while, there comes a night you wish would never end.

Ferry Corsten was in town and everyone in the Upper Eastside trooped to A-Venue for a night of excess. Drugs, alcohol, and beautiful men and women were abundant and …

Spotted: K being given a real-life multiple choice question.

D. All of the above.

Hope that wasn't the wrong answer K. But then again, we heard you can't fail this one. 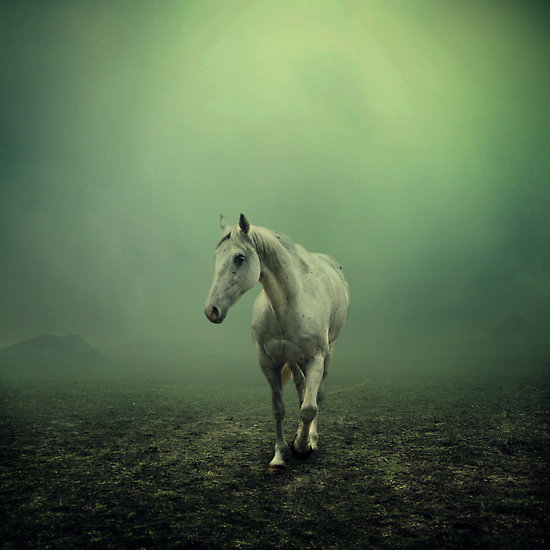 "Here it comes. She's calling now," Ron said. "My girl friend's looking for me already."
I nodded and he motioned for me to keep quiet.
Ron was visiting Manila for a vacation. He's been based in Singapore for two years now and we decided to meet while he's town.

"So why are you with her then?" I asked

"It's lonely there," he answered quietly. "A little love can't hurt, right?"

I looked at him and I saw a look in his eyes that seemed to say "You do understand, don't you?"

Sometimes, I think everything we do in life is all geared to making ourselves just a little less lonely. And somewhere along the way, lines can get blurred. Who can blame a man for taking love when he needed it?
-
Posted by Kane at Friday, May 21, 2010 15 comments: Gabriel and I were lying on my bed last night, listening to Icelandic band Sigur Rós and talking about his latest sexual encounter.

I looked at him as he continued smoking. Gabriel was easily the more attractive one between us. Men were drawn to his boyish face and his eager smile. He could easily hook up with anyone but strangely he was drawn to ugly men.

"I let him fuck me from behind. I could hear him panting, I could feel his sweaty palms. His big fat belly kept slamming into my back, he was so heavy and it was very uncomfortable. But I liked it," he said.

Gabriel is fascinated with unsightly men. He said it reminded him of his fantasies when he was younger: ugly men fucking him and then paying for it afterward. Sweaty, balding, aging men whose loneliness he would somehow heal.

Gabriel, the archangel, whose name means "The Strength of God", bringing light and hope to the lonely.

He pictured them running their big, fat fingers across his face, whispering: "Baby, you were worth it."

"How did you feel afterwards?" I asked him.

"Afterwards? Nothing," Gabriel said. "He said he wanted to see me again but I told him I can't."

"Do you ever feel anything?" I said.

He shook his head.

"Are you?" he said, throwing the question back at me.

I wanted to say yes, I am. But I knew that wasn't what he wanted to hear. I didn't answer.

"Sometimes, it's hard to tell, isn't it?" Gabriel said.

Hey Upper Eastsiders! Summer's scorching but the one thing everyone's dying for is the annual Gossip Girl Birthday Ball. And it looks like the mask is the accessory du jour. 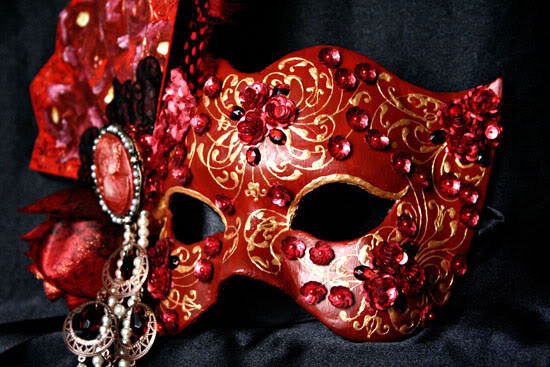 So, will there be a case of a mistaken identity? They say people use masks to conceal who they are, but what happens when the masks come off and everyone shows their true color?

"Nostalgia - it's delicate, but potent. Teddy told me that in Greek, "nostalgia" literally means "the pain from an old wound." It's a twinge in your heart far more powerful than memory alone. This device isn't a spaceship, it's a time machine. It goes backwards, and forwards... it takes us to a place where we ache to go again. It's not called the wheel, it's called the carousel. It let's us travel the way a child travels - around and around, and back home again, to a place where we know are loved."
---Don Draper, "Mad Men" 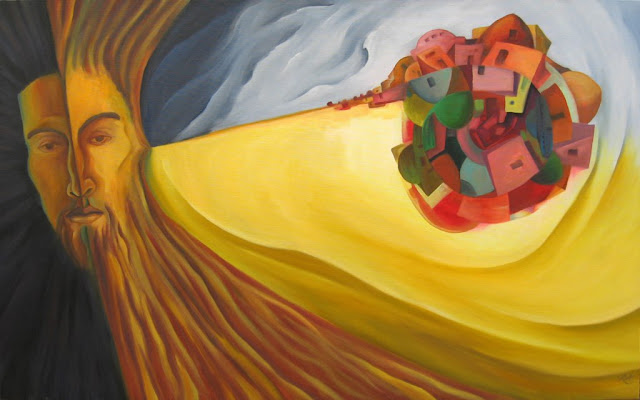 Once upon a time, there was a magical land called Malate. People from all over would travel to the enchanted kingdom to witness its wonders: stunning beautiful boys, men with rock hard bodies, dancing boys on the ledge.

It was captivating, magical, and ethereal. And lording over it all, standing on top of the mountain was Bed.

Bed celebrated its seventh year last weekend. Seven years… has it been that long?


I spotted FMV at the club.

"Hey FMV, how are you?," I said to him and hugged him. "I can't believe it. It's been seven years. Wait, I met you here seven years ago."

"Well, I'm no longer that kid you used to know," he said, laughing.

I suddenly felt nostalgic. I stood at the dance floor and I remembered my friends; the ones no longer there.

I remembered the men I met at the club through the years, all those boys I kissed, dated, slept with. I thought of old friends and acquaintances who have disappeared and returned.

My friends and I may enjoy going to other clubs every now and then, we may stop going out for months, but I realize this is where we will always come back.

People can be snobbish, the drinks may be expensive, but it is the memories we have made here, the hearts broken, the hopes rekindled that will forever tie us to this place. It is our Studio 54, our CopaCabana.

And though things will never be the same again, it can still be as magical and as amazing as that first night you clicked your shoes three times, and saw fairyland for the very first time.

"We were both young when I first saw you
I close my eyes and the flashback starts
I'm standing there"
---Taylor Swift, "Love Story"
Posted by Kane at Tuesday, May 04, 2010 11 comments: