-
Charlotte: Excuse me. Fuck buddy? What is a fuck buddy?
Samantha: Oh, come on.
Carrie: A fuck buddy is a guy you probably dated once or twice, but it didn't really go anywhere. But the sex was so great, you sort of keep him on call.
Samantha: He's like dial-a-dick.
---Sex and the City, Season 2 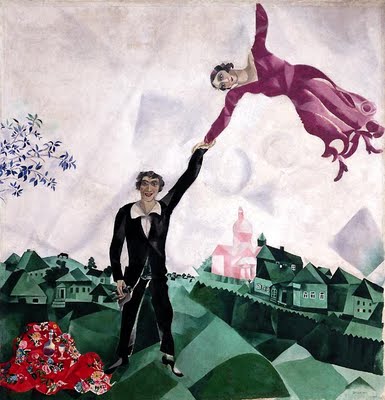 Those who desire regularity, comfort and the guarantee of sexual satisfaction with one person without the romance part has found the perfect solution: the fuck buddy.

Fuck buddies have been around for as long as people have been fucking their buddies. But modern lovers recognize there is a new breed of booty call out there: less complicated, much friendlier. Ladies and gentlemen, behold appointment fucking.

This set-up can last months, or years at a time, but some rules must be met. Having a fuck buddy requires separating sex from all emotions attached to it; not just love, but also jealousy, possessiveness and neediness.

Who:
It is necessary to be attracted to each other, that is all that is required. There is no need to have anything else in common.

Both parties must be single or in open relationships.

An ex one is friends with makes an ideal fuck buddy. An ex who has broken your heart is not recommended, though a maximum of three break-up sex may help provide closure. Anything more is a pathetic attempt to rekindle a relationship.

An ex whose heart you broke is off limits until he or she gets over you.

How Often:
Do not make an appointment more than once a week. He or she is not your boyfriend or girlfriend.

If you have been the initiator more than three times without reciprocation, assume your buddy has moved on.

If you wish to move on, simply stop calling or answering the calls.

Everyone gets at least one orgasm.

It is good manners to let the sun down between appointments with different buddies. If you have scheduled two appointments one after the other on the same day, it is required to shower before the second appointment.

A booty call is not "nothing". It is simply something else. No matter how casual the set-up, it is polite to remember your fuck buddy is still a lady or a gentleman, not just a machine.

If you are unable to play well with others, then you are strongly advised to invest in a good sex toy and stop wrecking havoc on the playing field.

All Good Things Come to an End
And so it is with fuck buddies: their endings and beginnings are often arbitrary. It is what makes them work. It is why they need rules. It is what keeps them from breaking your heart.

It is a nice place to visit, but you would do well not to love there.

at the end of the day, do you ask yourself why you give yourself away to a stranger just for sexual gratification? i mean, i do fuckbuds and i love sex a lot but lately, ive been thinking. yes, fuckbuds give you orgasms. but dont you feel just as empty after fucking or is sex really just part of the norm in this modern day?

this is most illuminating Kane but at the same time depressing to me.

and i wish i know why.

P: Less than a year ago, I would probably share the same sentiments. You know, why give yourself to somebody who is bound to leave you behind, but that's how the game goes. Either you play or not play at all.

And yes, it is best to leave as quietly as you have arrived.

Does sex have to have a meaning other than pure physical gratification?

Sometime before, I would answer your question with a yes. But singlehood is a journey and I found much, much later that no, you can have sex without putting much meaning into it (or you can dangle some hints as to what you want to achieve, but you can forget everything once someone else finds your way)

Several months ago, I had a night stand with a guy I met in a bar. You know, the sex was good. Intimacy was there and so was the "Sweetness" but come the next morning, I left his place without ever asking his name nor his phone number. Then it hit me, I can do it without feeling anything at all.

Interesting etiquette. However, what if the set up is, your fuckbuddy is also your roommate. How does the rules apply?

Intimacy is the difference. To maintain a FuBu, requires a certain detachment. A faux intimacy that can easily be turned off after the deed, or feigned during. Genuine intimacy entails an emotional connection.

An ex one is friends with makes an ideal fuck buddy. An ex who has broken your heart is not recommended, though a maximum of three break-up sex may help provide closure. Anything more is a pathetic attempt to rekindle a relationship.

-a good friend of mine needs to read this. :P

tada. and indeed another topic that concludes the fact that sex sells. =)

anyway, i dont know how to react to the comments thread... its more like im confused. i have been out there at quite a young age... started dating and fucking around 14 or 15 i guess? and ive always been doing the same thing over and over...

fucking around as much as i could. tried relationships but never worked for me. yet, at this point, im not getting any younger. i dont wanna end up alone. well, thats one but then, i also am tired of it already. arent you tired of just the usual fuck?

Hijo de puta, we never run out of things to call them. Cheers!

whoa, you just reminded me that i still have my little black book hidden somewhere!

Being a player is good, it prevents u from getting hurt. It's not applicable to everyone but it works for me, but it doesn't mean that u r heartless : )

FUBU ethics 101... Who knew? It's nice to be certain I've been polite with people though.

Facts:
1. The SINGLE status doesn't mean 0 sexlife.Matter of fact its even more colorful.
2. You can also find love in Fubu arrangements. I honestly think it begins there.
3. If it's a 3some make sure both of them are into you or you will always lick things that already have saliva on it.

everyone thinks there are no rules to this thing but there are. if you don't know them, you probably shouldn't be playing in the first place.

"Everyone gets at least one orgasm."

i think this is the most important of them all. hahaha sino bang gustong ma cliffhanger? lol

here's one for the books, we did it for so long and yet neither one of us wanted to get back together --->
http://relationshipjunkie-s.blogspot.com/2009/12/bf-to-fb.html

It's good to remember one's manners in this kind of set-up like apologizing when you have to cancel your appointment.

Very well-written and insightful. Everyone gets at least one orgasm, indeed. I like "at least" hehe

Who: Must be single?

I want them to be in a relationship, and it need not to be open, but I ask them that if they cheat - they only cheat with me.

In this set-up, I know I should not fall in love with him but making it sure that he wont fall for anyone other than his partner, for his partner's sake.

He is my fuck buddy, I am his sexual escape, and I am the whore - the third party - to his partner. A third party, but the lesser kind of evil.

Very smart and forward thinking
Thanks for a valuable article.
Believe this might be terribly useful.
fuck buddy

Very much smart thinking you have about fuck buddy . Thanks for share with us.

I do have a playmate right now.. the thing is, i'm falling for him or i dont know, i just miss him.. my friends told me maybe its just with the sex that we had and because he was my first. should i stop? i want to for emotional purposes but i cant just let all the good sex go away ;)

If he is not into u..stop as soon as u can or else u will end up breaking ur heart once it's broken ur beautiful life will turned to hell.so think before u take any further steps..if you are looking for only sex u can have a random hookup rather than sticking with one

I agree with Aaron. So true. Its best to walk away before you end up getting hurt. Random hookups are scary. You never know who has what. Its best to take your time to get to know the person. After all you are playmates and it does require clear communication. Some people dont get that...

I am really short of words, can't finally believe i got my boyfriend back this is my testimony about the man that brought back my man dr Lawrence he gave me the heart and confident to trust in him within the period of 3days right now we are living happily and getting very ready and set for our wedding, i am so much happy knowing full well there are real, true spell casters who can really make things happen within the shortest possible time. drlawrencespelltemple@hotmail.com