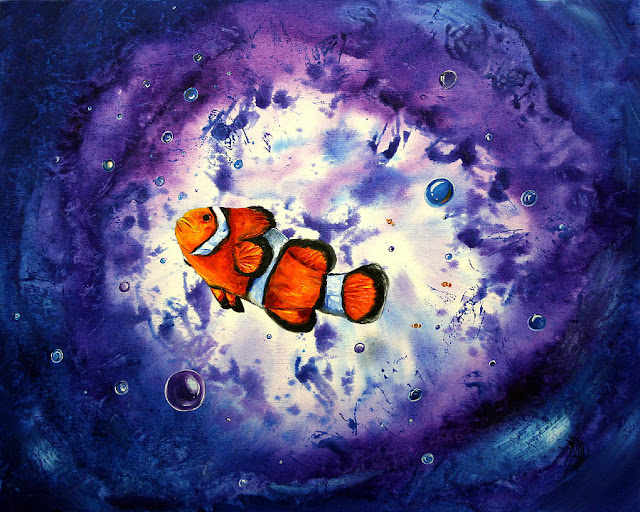 "So, are you seeing anyone?" I asked her.

"I'm okay. Eto, drinking on a Tuesday night," Fran said. She laughed, and it was bitter. The type that cuts you up like tiny blades, hard and dry. Fran had just broken up with her boyfriend of two years, a man she had deeply loved. It was an agreeable decision but things are starting to get messy.

"Wow … someone's starting the weekend early," I quipped. "You okay?" I sighed.

"Not really." She paused. "Inis ako hun. He told me he was going to be out of town last weekend but he got back pala Saturday. Nakita ko lang kasi na tag siya sa isang photo."

"So I texted him 'I didn't know you were back'." And he replied, "Oh, I didn’t know you wanted to be informed."

"Naiinis talaga ako hun," Fran repeated. "He's cutting me off. Fuck. That's what I do. I cut people off. But this time, I'm on the receiving end. I thought he was better than this."

"I'm sorry honey," I said, trying to console her. "I guess it sucks when people disappoint us. Nakakainis no?"

"Are you sad that it ended, or how it ended?" I asked.

I laughed. "I can just imagine how you feel. It must have been like a complete shock. Like Pearl Harbor. You were caught in a stealth attack!"

"Bravo! Round one goes to him," I said. "I'm excited what happens in the next round. What if he becomes sweety sweety uli?"

"Ayy naku," Fran said. "I won't be caught off-guard again. This time, my defenses are up."

"Hahahaha. We'll see honey whether those walls will hold."

That night, I got to thinking. Is it our fault that we let our walls down and let people in? Was all the joy we experienced worth all the pain once a relationship ends? Is there really an un-messy break up?

Earlier this month, Carlo and I were giggling talking about the love month and all the excitement it brings. But February is ending. This morning, I woke up and felt it. It's the season between the seasons. It's no longer cold but neither is it blistering hot. I call it the in-betweens. It makes me feel incredibly nostalgic and a wee bit sad, like something's slipping away and you try to hold on to it. But you can't.

"Ahia, I'm here at the hospital now," Shobe said. "My water bag broke. But baka tom pa tong si baby lalabas. (But I think the baby will come out tomorrow.) Please keep me in your thoughts and prayers."

Ahhhh... and so it is time. My little sister is giving birth to her first baby. I guess she's not so little anymore.

"Thank you for letting me know. So you'll stay there for the night? You feel ready?" I said. I was excited, nervous, and a little sad I wasn't with her. I knew this was one of those life moments you'll never forget. I suddenly felt acutely the thousands of miles that stood between us.

"Yes stay na. Connected to the monitor and I'm on fluids already. Ito pala feeling ng patient (So this is how a patient feels)," she said and laughed. It was nervous laughter. She was quiet for a while.

"My back hurts though," Shobe said. "Hopefully I can get some sleep before showtime begins tomorrow. I'm a little anxious kasi i don't know what the pain will be like but I'm ready for it. Kakayanin."

"I understand," I said. I was getting teary-eyed. I was worried for her, I wanted to hug her. She's my baby, still, and that will never change, no matter how many babies she gets.

"But ikaw pa Shobe! You're one of the bravest person I know," I said, as I tried to cheer her up. "And pain is good, once in a while. It reminds us we are alive."

The next day, my dad texted. 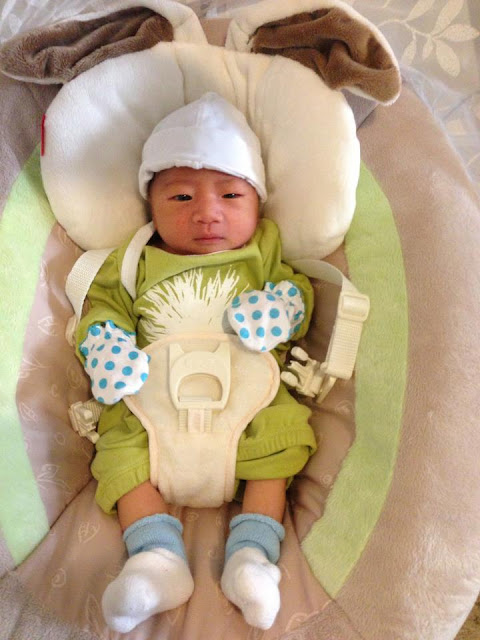 And just like that, life begins anew. Honeylet, daughter, wife, sister, is now also a mother. You know what Dad, I'm happy too.