Previously:
Wish You Were Here


"We danced that night, and had our first kiss. But what I remember most is how when I hugged him tightly, he wouldn't let go. Naramdaman ko na ang lungkot lungkot niya. (I felt how terribly sad he was. How forlorn.)


And I thought to myself: here we are, two lost souls clinging to each other for comfort because we are sad. And at that moment, we only had each other. I realized I needed someone who could give to me, who would bring me joy.

It was going to be a long night. Raffy was returning to Qatar the next day and we were all gathered to celebrate his departure the best way we know how: bars, boys and alcohol.

At exactly nine in the evening, I tweeted my friends to wake them up. "Wakey, wakey Upper Eastsiders. As a Black Swan ballerina once said … it's time to dance."

We were supposed to meet at around ten thirty for late dinner and then drink. With the prospect of five bars and clubs ahead of us, I was half excited, half dreading the night. Excited to see my friends (and possibly meet a hot guy), while dreading the copious amounts of alcohol that will surely flow and the certainty that the night will not end until the sun rises. One must not forget, after all, that I'm no longer a spring chicken and that these endeavors are more prone to tire me that they used to.

Still, like a good soldier (and friend), I decided to brave the night. By two in the morning, we were in the third bar for the night and downing glasses of Jack Daniel and shots of Jägermeister.

And it was then that I saw a short, lanky young man chatting loudly with his friends at a nearby table. I could tell by the volume of his voice that he was a bit smashed. They raised their glasses, and he suddenly offered the saddest toast I've ever heard.

"For all the wounds that never heal!" he shouted, while beads of perspiration trickled down his face. Startled, I paused midway during a conversation with a guy, and I turned to looked at him closely. He couldn't have been more than 23, 24. I wondered what could have happened that made him say that. But then again, I suspect I already knew the answer.

Much later, I did get a chance to meet him and I teased him about what he said earlier. "So … for all the wounds that never heal, eh?" I said, grinning at him.

"What? Haha. I was just joking," he replied, laughing.

"Time heals all wounds," I told him, offering to him the much-repeated words of Geoffrey Chaucer. He smiled, and nodded briefly, but I knew those words don't mean anything to him. At least, not yet.

I wanted to console him, but how do you sum up the wisdom of years in a few minutes in a packed and noisy club? They were playing a song the crowd loved and people were swaying and dancing, bumping into each other while my friends were already starting to surreptitiously get the numbers of guys they liked.

"You know," I told him, "When I was going through a difficult break-up, whenever I was out at a club, I took comfort in the words of a wise woman who once said, 'Just dance … gonna be okay'."

We both laughed. "It may sound silly … but I did. I danced and danced, and … she was right. It's gonna be okay."

The next time I saw him, he was dancing with his friends. His eyes were still sad, but I could see he was trying. Perhaps, all he has for tonight to comfort him is the alcohol, and the music, and his friends. But that's good enough.

And maybe one day, he'll make it too. 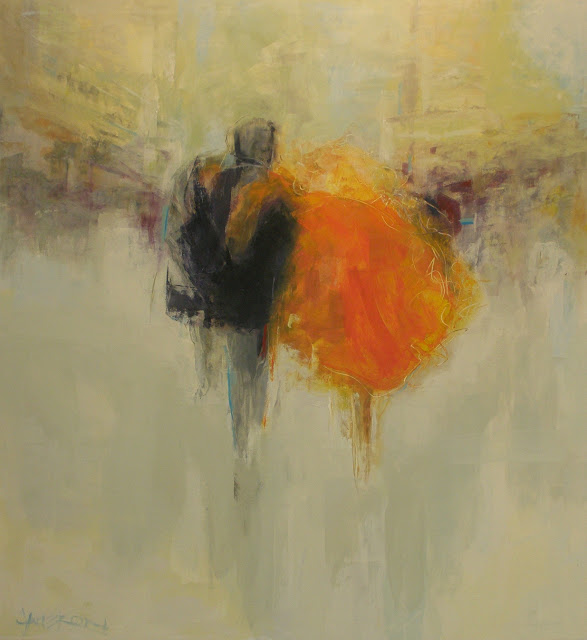 "OMG! You fuckin' got hitched! Congratulations! I'm happy for you!!"

"Honey," I told Vackie. "May boyfriend na si Carlo (Carlo now has a boyfriend). Call it a shotgun wedding or whirlwind romance or one last desperate attempt to escape being an old maid, but he did it."

"OMG! You mean he actually managed to find a good man and keep him?" he replied as we both laughed.

Sometime late March, Carlo and I sat down over bottles of beer and discussed our seeming inability to find romantic partners. What's wrong with us? we wondered. Were we being too picky, was there a dearth of suitable candidates, were men not attracted to us?

"Ang tagal ko na ring single (I've been single for a long time now)," C said. "When people ask, I just say four years but it's really a lot longer than that."

"I've been thinking, I'm always too careful. You know me. Maybe I should take a chance," he continued. "What about you?"

What about me? I pondered silently about the question as I took a swig of the beer. "You know what I've been thinking about lately?" I said. "How I was about 18 when I first started watching Sex and the City. Carrie was about 32 then and, now can you believe it? I'm as old as she was in Season 1!"

"And I wonder, haven't I've learned enough from watching all those girls date, break up, date all over again? I thought somehow we could skip all the messy dating part and go straight to happy ever after," I continued. "I guess not. And sometimes, I get to think I'm really becoming the ultimate single girl."

Like Carrie and the girls. Stable jobs, parties, dates. One after another. But as someone once told me, "I am happiest when I'm in love." Those words echoed in me.

And so when people would ask me why I'm not with anyone, I always give the same response. I'm always the date, never the groom. That is my fate.

The past few weeks have been a little difficult. Carlo has always been one of my constant companions in the last few years, always the one raring to go out, to have a drink. Saturday night would come and his call for action would be: "Where are we going tonight?"

But ever since he started dating, we haven't really spent time together. I miss him. I understand, of course. I know the drill oh-too-well. And I am happy for him.

That night, I texted him.

"I'm really happy for you C. I know how beautiful and amazing it is to find love. You, of all people, deserve this.

Days passed. One day, I was startled to receive a message from a guy, well, if we were to be completely honest, a guy I ... kind of like. My heart … fluttered.