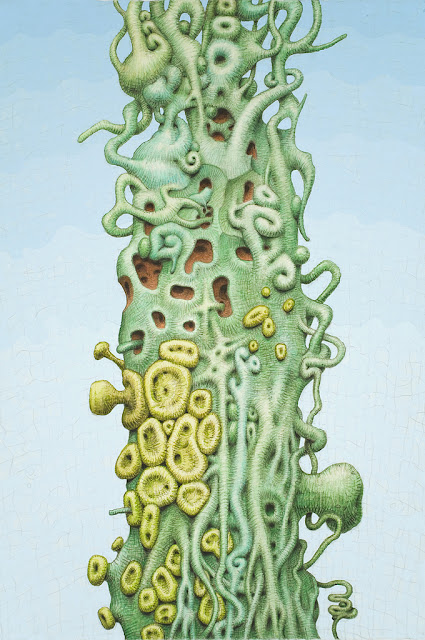 ﻿Young, reckless and impulsive, Chris charmed the guests at the birthday party we were at last Friday night.
"So what are you guys?" Arnold asked us.
Chris and I looked at each other and laughed.

"Why aren't you dating? O, are you guys just fucking each other?"

"Chris!" I blushed or pretended to, at least.

"I like your boy," Arnold whispered to me. "He is such a delight."

"I know," I whispered back.

Chris and I were left alone while the others refilled the ice and mixed more drinks. I was tired from a long day of work, and the cold October night and alcohol were making me woozy.

I looked at him and noticed he looked especially good tonight, in his tight black jeans and ochre-colored shirt. I wanted to kiss him right there. It has been awhile since we had sex; three weeks to be exact.

"Ahhh. You're talking again pala. Magbabalikan ba kayo? (Are you guys getting back together?)"

Talk. I knew what that meant.

I could see he was trying not to be excited. But I knew how much his ex-boyfriend meant to him.

I took his hand and squeezed it.

"Asus. It's nothing. We'll just talk," he said, downplaying the meeting.

I finished the last of the vodka in my glass. I knew what was going to happen.

"So … if you do get back together, I guess that means we won't see each other again right?" I asked, trying to make the question sound light. But I already knew the answer.

Chris was silent, trying to evade the question.

"Hey, I'll miss you," I said and smiled at him weakly.

Chris is my fuck buddy. But he is also more than that. He is also my friend, my companion. We have shared stories to each other, listened when the other needed to talk.  Chris was a mess when he broke up with his ex. Nobody knew he was gay; he had no one he could talk to. I befriended him, introduced him to my friends, and brought him to parties and clubs. He discovered a whole new world.

But time and time again, I would catch him staring into the distance and I knew his mind was somewhere else. Somewhere not here.

Although he rarely spoke of his failed relationship, I knew it was always in his thoughts, in the way his eyes would cloud over, in the way he would hug me tightly with his eyes closed at night. I knew those were not for me, but for a ghost in some distant past.

That night, we had sex for the last time. He left in the morning and headed straight to his ex-boyfriend's house.

my most favorite scene in the opera die rosenkavalier is when the marschallin (she of a certain age) bids octavian (her very young lover) goodbye - not with high notes and histrionics, but with a simple utterance and a subdued look.

now that is class.

and so are you.

another farewell. i guess it's really the time for goodbyes now... sad

you write so well kane. so well that it is such a pleasure reading you. as pleasurable as reading mandaya moore. while mandaya's writing is stuctured, concise and witty, yours is thoughtful, touching and stimulating. the two of you write so differently yet make so similar impact. there is so much more i'd like to say but it takes so much out of me to say them in a way that deserves your perusal. so eto lang. ok na cguro to for a 1st comment. he he he.

A little more tweak in the scenes and this would've been how it happened to me...

Two hours ago. I was you.

...it was always in his thoughts, in the way his eyes would cloud over, in the way he would hug me tightly with his eyes closed at night. I knew those were not for me, but for a ghost in some distant past...

you are just starting to build a harem, k...

For a home is where every one should belong.

Baby K, a person will return to a person if need to.

I know.
the pain too
surfacing
from the deepest, darkest
loneliest corner of your heart.

you posted something about fubu etiquette before so this should be easy, i meant the farewell

And so Kane, what happens now without the FuBu? That will be something to look forward to. How much attachment do you spare towards the plaything? Inquiring minds want to know.

so that's what ochre looks like (haha, i googled it pa kasi.) hehehe


on a serious note, oh well, there goes another one... i guess.

at least you ended things in a nice way. :)

earlier, on my way to work, i am wondering if i could write an entry regarding fuck buddies who can really be good friends at the end.

then, i read this... theres just nothing else to say...

i believe there is no room for goodbyes in the kind of relationship you have built. trust me, i know. hehehe

your moment with chris is so vivid and sentimental that i can't shake the image off my head. m a fan. Ü

I like the touch of wistfulness in this. I hope you can remain friends. But it still sounds painful.

Yes, demure! I'd like to see this side of you. Parang feeling ko he's a lot like me. haha

And that nickname you gave me is catching on. :0

Fuck buddies or not, somehow we still develop some kind of feelings for that person, no matter how hard we try to insist that it's all purely physical.

Parting of any kind, is never really sweet.