The Knight in the Shining Mask

_
Some beginnings start so quietly you don't even notice they're happening. 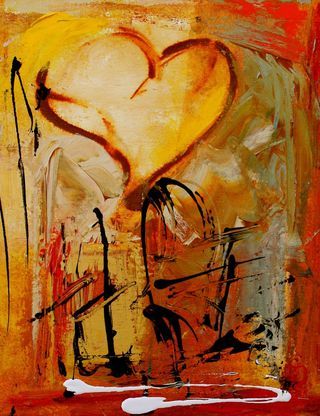 People were starting to arrive at the ball. I was chatting with a couple of my friends when I suddenly noticed a guy smiling at me. He was wearing a blue mask and I couldn't recognize him.
And then I realized, it was him. F.

He looked gorgeous, standing there in a black shirt that showed off his arms and chest.

I was so surprised it was a good thing the mask hid the excitement that I felt. He came, I told myself. Wow.

I had a crush on F ever since I saw him two months ago. We haven't really gone out because he says he is still trying to get over someone and that he isn't ready to date.

But he promised he would attend the ball.

I introduced him to my friends and everybody loved him. He was charming, polite, and delightful.

"Well, well K. Suddenly, it feels like 2008 all over again," V told me after seeing F. "You may be getting older, but you still like handsome."

At one point during the night, F told me he wanted us to go to somewhere more private.

"Let's go somewhere where there are less people," F said.

We walked over to a room and sat on the bed.

"But I never said I like you," I replied.

"But seriously, you're exactly the type of guy I shouldn't be liking," I said. "You're a red flag as my friends would say."

"What? So I'm a red flag?," F said, visibly surprised and agitated. "So your friends don't like me."

"No, come on. It's not that," I said. "But you are still not ready to date and you clearly have issues."

I was about to say something more when suddenly he turned towards me.


Oh my God.
He's leaning forward.
Is he going to kiss me?

He is kissing me.

And just like that, the red flag turned into a white flag. And I surrendered to his kisses with wild abandon.


F slept over. After he went home, I never heard from him again… until last night.

Ladies, looks like this story might just have a second act. Let's hope it's not a tragedy. XOXO
Posted by Kane at Friday, July 09, 2010

here's hoping the second act will even be better than the first.

expect the worst. hope for the best. =)

I really liked your article. Keep up the good work.
flowers in australia

Please do take care of your heart.

But you know for what it's worth,

the sheer effort you provide is something to look up to.

bright-eyed, dreamy-eyed, sparkly all over...

will the Knight in the Shining Mask be K's Coffee Prince?

same as mugen, i'm crossing my fingers for you.

hopefully things work out well for you and F kane! :)

sheesh K, why do I always miss the first act? sigh.